Under a radiant sun, accompanied by the mild autumn, our association had an appointment at the Abbey of Saint-Germain in Auxerre to organize its beautiful award ceremony for the Élise Bisschop Prize. 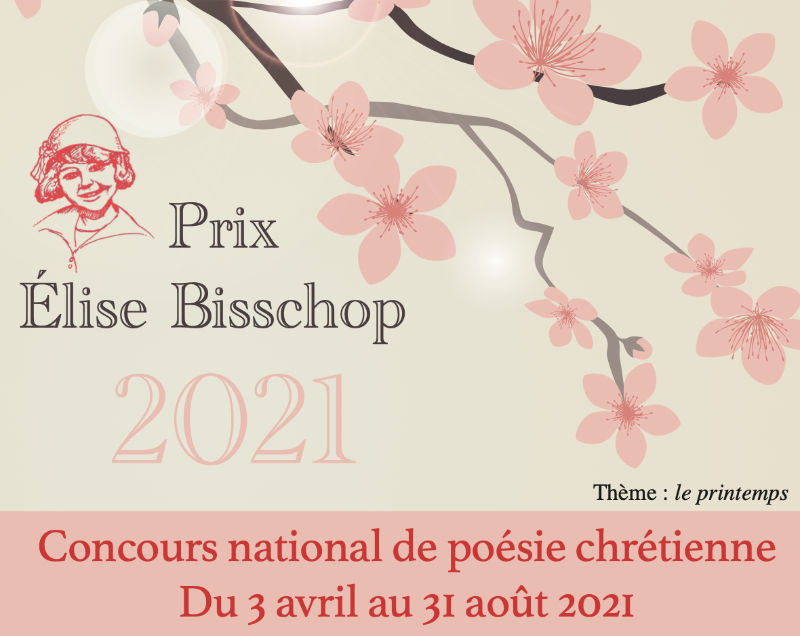 In the presence of our members and friends, as well as a few candidates from the competition, we began our ceremony at 2:30 p.m. with a word of welcome from our President Anne Silberstein. Then, Madame Raphaëlle Taccone offered us a conference on "The poetic paths of Élise Bisschop", the opportunity to unveil Élise in the guise of a Christian poet. After exploring her writing path through her life story, Madame Raphaëlle Taccone invited us to discover the teeming universe of her poems.

When the conference was over, Mrs. Anne Silberstein presented the first part of the competition. She recalled the large number of participants in the competition: 87 candidates, then mentioned the profile of the candidates (55% women and 45% men, candidates mainly residing in Paris and in the Ile-de-France region then in Yonne, the Nièvre and the North, ...) and our communication actions. Among this batch of poets, she pointed out the remarkable participation of a 13-year-old girl, out of competition because of her young age (competition reserved for adults), distinguished by the quality of her two poems sent.

Then, the journalist Madame Émilie Pourbaix, coordinator of our partnership with France Catholique, took the floor to present her magazine to us. She also expressed her desire to promote the memory of Élise Bisschop through the promotion of this competition.

After this presentation, a break of fifteen minutes was offered to all. This break was an opportunity for the public to gather around two tables, one presenting the products of our associative shop, and the other the books of Madame Jocelyne Tarneaud. Our association was happy to offer pretty bookmarks specially designed for the competition and our partner France Catholique to distribute its last published issue free of charge.

After this interlude, the second part of the competition began with a literary digest of the poems received. Madame Raphaëlle Taccone explained how the candidates had dealt with the imposed theme: Spring, drawing inspiration from the poetic work of Elise.

Then the jury was presented. As Madame Laurène de Beaulaincourt was absent, Madame Raphaëlle Taccone read to the public the presentation she had given him. Then, Madame Raphaëlle Taccone invited Madame Jocelyne Tarneaud to introduce herself and give her impressions of the competition. With enthusiasm, Madame Jocelyne Tarneaud confided to us her journey towards God thanks to the meeting of her husband then she insisted on the poetic talent of the young Isaure before evoking the prophetic and inspiring character of the poem "The visit to Élise or the pilgrimage before. time ".

Then, it was Madame Anne Silberstein's turn to speak to announce the winners of the competition:

Madame Marie-Laure André-Bourguet won the First Élise Bisschop Prize for her poem entitled “Wonder”. She received a check for 100 euros and a one-year subscription to France Catholique.

Madame Guillemette Lescuyer won the Élise Bisschop Discovery Prize for her poem entitled “The signs of spring”, she received a check for 50 euros and a six-month subscription to France Catholique.

Madame Gabrielle Favre won the Élise Bisschop Young Talent Prize for her poem entitled “The ballad of the cherry tree in bloom”, she will receive by post a check for 25 euros and a six-month subscription to France Catholique.

Our young poet, a real favorite of the jury, also received a reward from our association: a gift voucher and a 6-month subscription to France Catholique.

Madame Marie-Laure André-Bourguet and Madame Guillemette Lescuyer, winners of our competition, read their winning poems. The poems of Madame Gabrielle Favre and Mademoiselle Isaure Richer de Forges were recited by our President. All these moments of reading were interrupted by a few musical interludes played wonderfully by the violinist Madame Céline Tanguy.

After loud applause, Madame Anne Silberstein announced that all the poems for the competition would be published in the spring in the form of a booklet, then she gave way to Father Dominique-Marie Morstad to say the closing words.

Father Dominique-Marie underlined that artistic creation was a gift from God given to everyone, then he spoke of the growing notoriety of Elise and the opening of her beatification process by Monsignor Hervé Giraud. Father Dominique-Marie also read the letter of thanks from the Archbishop, apologizing for his absence from our ceremony but wishing us great success.

At the end of this ceremony, all the audience was invited to a generous cocktail, with savory and sweet treats. We warmly thank Mr. Tarnaud who had offered, for the occasion, a case of champagne.

The associative team met, at the end of the day, around a lively and joyful meal in a restaurant in Auxerre.

You can consult the dedicated page in French on this link. You will be able to read the winning poems (in french).

In order to watch the videos of the ceremony you can go to our YouTube chanel here.