The history of the lantern

During a trip to Norway in November 2017, the postulator, Brother Dominique-Marie, saw that families often put candles on Norwegian graves. Sometimes he had put it on the church grave himself. However, the wind and rain had most often abused them. 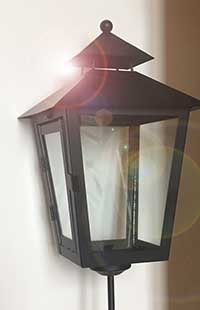 However, in cemeteries in Norway there are often lanterns that protect the candles. Why not take one for the grave of Elise and her family?

The evening of his return to Mailly-le-Château, he found on his desk a letter from one of Élise's nieces. What does it read? She does not ask him, like the other times, to put flowers, but for the first time she asks him to put candles for Élise. Two souls and a thought!