The letters of Elise 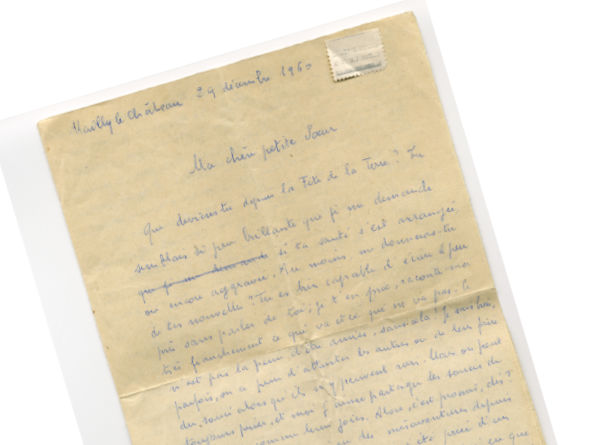 The story of Elise’s letters is, as already stated in the article on the writings, extraordinary.

In August 2007 a friend of Élise, having heard of the new interest for Elise, shared nine letters that she had personally received when she was between 22 and 34 years old. In addition to these nine letters she showed a tenth, which was the letter from the parish priest, from pastor Marcel Girard, announcing the death of Elise. This is where we can see this sentence that says a lot about Elise’s reputation for holiness:

In some time (a few years maybe) I think that we will publish a brochure: “A sainte from among us!”

In June 2016, the bishop’s secretary discovered an envelope in the bishopric that contained the 48 letters to his spiritual father, Father André Générat.

In June 2017, a lady discovered 23 letters that Élise had written to her late sister.

In September of the same year the daughter of Elise’s best friend found in her late mother's papers 36 other letters from Elise to her mother.

The cause that was decided in 2015 therefore started out on a very thin basis. Today the cause is in possession of 116 handwritten letters . A real miracle given the age of letters and their geographic distance from Mailly-le-Château.