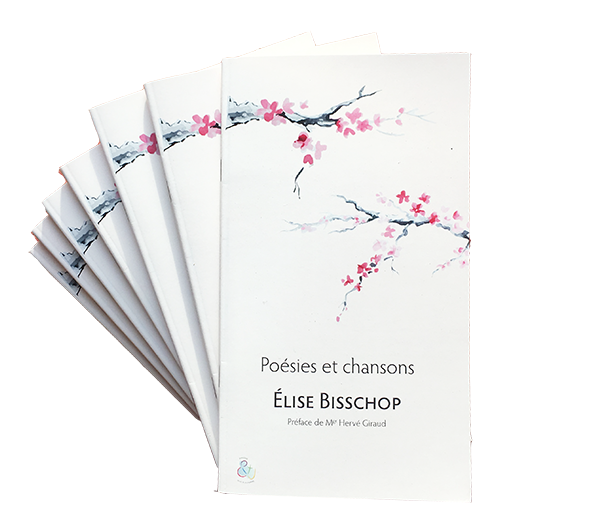 The new edition of the collection in 2017

The collection called Poesies and Songs was conceived by Élise herself : it contains the texts that she composed from the age of thirteen to 38 years old . Élise gave him five chapters according to the themes.

Élise, born in a rural region, never ceased to see in every landscape the call to live in Christ . The texts show how aware she was of the value of natural life as well as of spiritual love according to the Holy Spirit.

Shortly before her death she entrusted her collection to Father Bochin , the Dominican who was at the head of the fraternity of the sick. After the death of Élise, Father Bochin provided for the transcription of the collection as well as a private distribution among the sick and some parishioners .

As the fiftieth anniversary of his death in 2014 approached, the parish of Mailly-le-Château wanted to take the collection out of its dungeon. The result was a 72-page pocket-size booklet.

With the advent of the cause for beatification, the first public edition was quickly sold out . It then became normal for the diocese of Sens-Auxerre to seize the texts to make a second . This is the current edition.

Sublimated by the dedication of her person, Elise's words never cease to help and encourage those who read them.

The texts, by time only in french, can be purchased at the Boutique d’Élise.